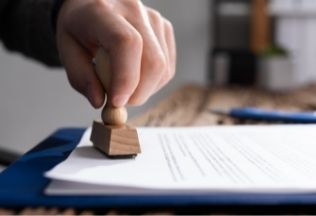 Degree, often known as an academic degree, in education, is any of numerous titles given by colleges and universities to reflect the completion of a course of study or the amount of academic performance.

Degree, often known as an academic degree, in education, is any of numerous titles given by colleges and universities to reflect the completion of a course of study or the amount of academic performance. The degree hierarchy may be traced back to the colleges of 13th-century Europe, which had faculties organised into guilds. Members of the faculties were authorised to teach, and degrees were essentially professional certificates indicating they had acquired the guild rank of a "master." Originally, there was just one degree available in European higher education: a masters or a doctors.

The baccalaureate, or bachelor's degree, was initially just a step toward mastership and was granted to a candidate who had studied the necessary books in the trivium (grammar, rhetoric, and logic) for three or four years and had completed tests held by his masters. Therefore, the bearer of a bachelor's degree had finished the first stage of academic life and was now eligible to pursue a master's or doctoral degree programme. After completing those courses in the university, he was examined by the chancellor's board and by the faculty. If successful, he received a master's or doctor's degree certificate, which admitted him into the teachers' guild and was a certificate of fitness to teach at any university.

We at NRIWAY help you in procuring your Bharati Vidyapeeth University Pune Degree certificate by performing all the groundwork for you. All you have to do is fill out a form online concerning the requirements for your certificate, on the NRIWAY website. We also provide a courier facility to deliver your documents to your home. Once the process is complete, your document will be delivered to you. We save you from the hassle of going places and wasting your time. With the help of NRIWAY, you get fast and hassle-free services for your NRI related document services.