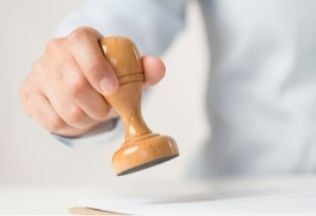 Affidavits are required for many official purposes. NRIWAY can help you get these affidavits on required indian stamp paper.

What is an affidavit?

Affidavit is defined as a written sworn statement of fact voluntarily made by a person under an oath or affirmation administered by a person authorized to do so by law.

Such a statement is witnessed as to the authenticity of that person’s signature by a taker of oaths, such as a notary public or commissioner of oaths.

What is the need for Affidavit services in Delhi?

Affidavit services in Delhi- DEFINITION  OF AFFIDAVITS UNDER THE GENERAL CLAUSES ACT:

‘Affidavit’ shall include affirmation ‘and declaration in the case of persons by law allowed to affirm or declare instead of swearing.

Affidavit services in Delhi- Why do we file an affidavit?

Affidavits came from the origin of the colonial concept of distrust where it was felt necessary by the British Rule that the citizens give in writing so as to guarantee their word. Affidavit if filed to prove our undertaking as it can be seen that the Government lacks trust in citizens and don’t believe in whatever they say. Affidavits are very common and are filed almost in our daily lives It has been assumed and presumed that whatever assertion is stated by a citizen by way of an affidavit, can be believed to be true  and necessary action can be taken against

Affidavit services in Delhi- Why do we need an affidavit?

Affidavits impose their own cost on the citizens on  buying stamp paper, locating a deed writer, payment to the Notary for attestation and, of course, the time and efforts consumed in these processes. On the other hand, affidavits have no particular sanctity in law and the same function can be easily performed by declarations.

As per a report of PGRC, in Punjab alone, it is estimated that at least half the households file affidavits annually for one service or the other. Extrapolating this figure to India, the total number may be more than 20 crore citizens/affidavits and assuming a cost of Rs.400/- per affidavit (one day wages plus stamps, fees and charges), the total expenses incurred by the citizens in India could well be to the extent of Rs.8,000 crores approximately.

Affidavits, therefore, need to be replaced by Self-Declarations for all services in the public utilities/agencies. Affidavit is a declaration, and such, a declaration in itself is adequate for the purposes of law.

Attestation by the officials, thus, does not appear to be necessary. The applicant/signatory continues to be responsible for the statement made. An advantage that the public agencies have is that they can also impose penal liability for making wrong statements in terms of suspension of the services (suspension of ration card facilities, disconnection of power supply etc.). Some 3 of the Central Government agencies (passport, income tax etc.) have already adopted this practice.