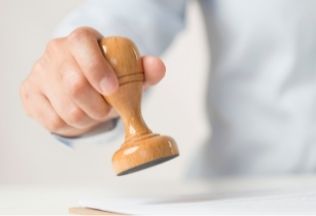 A passport is a travel document that confirms the identity and nationality of its bearer for international travel. The government of a country generally grants it. The holder's name, location and date of birth, photograph, signature, and other identifying information are all included in standard passports. In addition, biometric information is increasingly being included on a microchip integrated with passports, making them machine-readable and impossible to duplicate.

A passport identifies the passport holder's nationality, but not necessarily his or her citizenship or domicile. A passport bearer is usually allowed to enter the nation that granted him/her the passport. However, certain passport holders may not be full citizens with the right of residence. A passport is a document that certifies the bearer's identity and nationality; nevertheless, holding the document does not confer any privileges, such as protection by the issuing country's consulate, but it may imply that the holder does. Some passports attest to a diplomat or other official status, entitled to rights and privileges such as immunity from arrest or prosecution arising from international treaties.

Many nations usually allow holders of other countries' passports to enter. However, some may require a visa. However, this is not an inherent right. Many other criteria may apply, such as the holder not being convicted of a crime and not being likely to become a public charge for financial or other reasons. In addition, when a nation does not recognise another or has a disagreement with it, it may ban the use of their passport for travel to that other country, as well as admission to holders of that other country's passports and, in some cases, to individuals who have visited the other country.

Why is a passport rejected?

Sometimes a few passports in India may get rejected because of the following reasons:

What are the modes of payment for passport correction in Kolkata?

What is the validity of the fee for Passport correction in Kolkata?

The fees that are paid are valid for one year from the date of appointment.