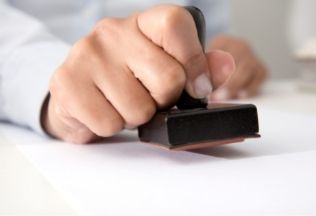 A passport is a document issued by the government that validates a person's identity. It allows its bearer to travel to and from foreign countries while under its protection. The document attests to the holder's identity and nationality. Standard passports feature the full name, a photograph, the location and date of birth, a signature, and the passport expiration date.

Many countries issue (or plan to issue) biometric passports with embedded microchips, making them machine-readable and difficult to forge. As of January 2019, over 150 governments had issued e-passports. Previously issued non-biometric machine-readable passports are generally valid until their respective expiration dates.

What are some advantages of having a passport?

Many countries issue (or plan to issue) biometric passports with embedded microchips, making them machine-readable and difficult to forge. As of January 2019, over 150 governments had issued e-passports. Previously issued non-biometric machine-readable passports are generally valid until their respective expiration dates.

Travelling abroad is a great way to widen one's horizons. As a result, it's hardly surprising that two-thirds of Americans regard international travel as high as a college education. The majority of passport holders who have recently been abroad thinking it has provided them with opportunities they would not have had otherwise, as well as a deeper understanding of the world at large.

More than one-third also indicate that getting a passport has resulted in new international acquaintances and a sense of accomplishment. In addition, one in every five international visitors has developed a prospective close bond while travelling abroad.

When do you need a Foreign passport reissue in Pune?

How can NRIWAY help for Foreign passport reissue in Pune?

If you need your Foreign passport reissue in Pune delivered to your home, you can also hire NRIWAY. All you have to do is supply us with all necessary paperwork for a foreign passport reissue in Pune. We will do all of the required tasks on your behalf. We at NRIWAY understand the genuine hardship of NRIs. They must rely on the compassion of friends and family to manage their administrative paperwork needs because we have a global presence. Because it is just not feasible for them to return to India solely to obtain papers. NRIs wishing to relocate overseas commonly request administrative documents from Indian immigrants, such as birth certificates, marriage certificates, educational transcripts, and so on.

With our expert service providers, detailed procedure for each service, and milestone-based tracking through the use of a technologically sophisticated platform, we at NRIWAY aim to help clients. As a result, NRIWAY is the most trusted brand among NRIs for documentation needs and services because we give complete ownership of the service, a one-stop-shop for order tracking, and customer support for issue resolution.