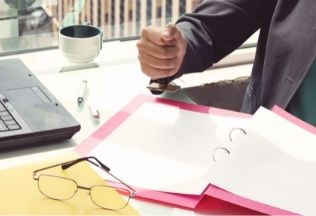 A passport is an official document provided by a national government to confirm their identification while travelling abroad. More broadly, a passport is a document attached to the passports of another nation or country, which implies that a person used to verify his identity and citizenship by displaying a paper when travelling from one port to another. This document, typically a tiny booklet called a passport, must have verifiable and validated information identifying the bearer, such as an address, date of birth, profession, photograph, biometric data, endorsement or stamps of departure, arrival, and Travel Visa(s) of visited countries.

What is the requirement for a passport?

When do you need a Foreign passport reissue in Hyderabad?

It is simple to have your passport reissued. To apply for a passport, go to the Passport Seva Kendra. A charge must be paid at the office. You may also apply for a reissue of a passport online.

How can NRIWAY help for Foreign passport reissue in Hyderabad?

The complete application procedure for a Foreign passport reissue in Hyderabad often takes around 15 days. The entire process takes about 7-10 days if the application is filled in tatkal format. However, with NRIWAY, all of your documentation needs can be met from the convenience of your own home. Our business, NRIWAY, India, is a one-stop shop for intelligent and effective NRI services in administrative paperwork, immigration, passports, NABC, NAMC, marriage certificates, birth certificates, and other facets of contemporary life. We have a staff of knowledgeable and hardworking professionals in immigration, education, and administrative paperwork.